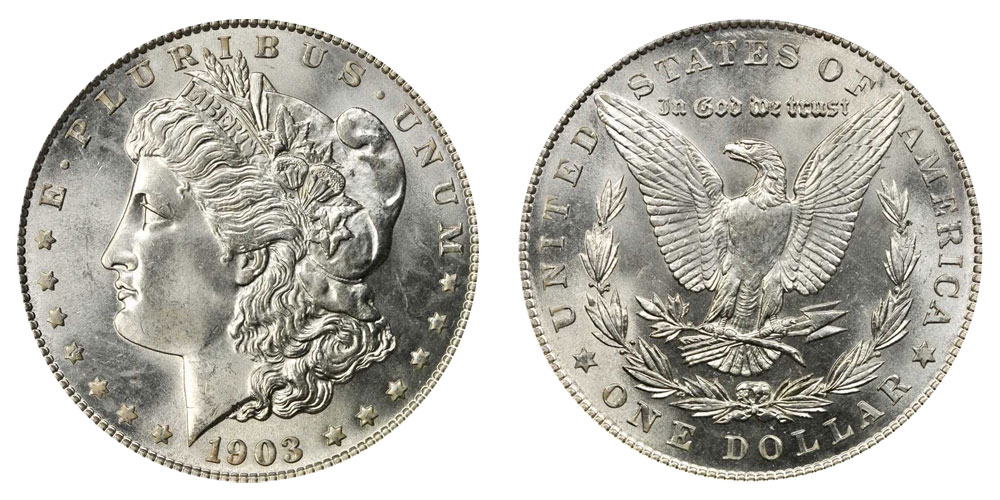 Many 1903 Morgan dollars that had escaped the melting pot in 1918 and 1942 were not as lucky in the 1970s, when the Hunt Brothers silver bubble was at its peak.