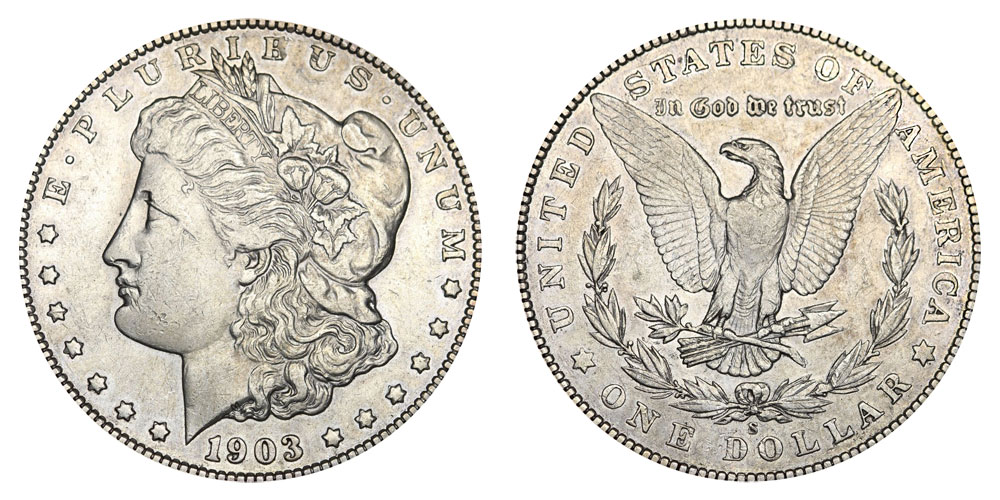 The Western U.S. used silver and gold coins in commerce long after the East Coast had adopted paper money to conduct daily business. This meant that, like most San Francisco mintages, many 1903-S Morgan dollars were released into circulation.

The 1903-S Morgan dollar is considered a key date, and its exceptional luster and sharp strike only add to the coin's allure. Bucking the usual trend for Mint State (uncirculated) San Francisco Morgan dollars, the 1903-S is actually more rare in MS61–MS62 than in higher grades.