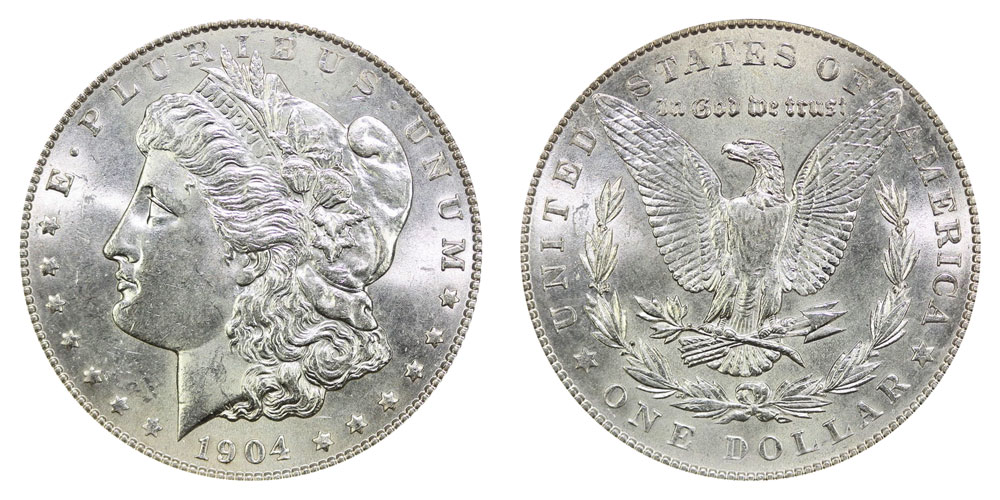 In 1904, the U.S. Mint finally used up the silver it had been forced to buy by the 1878 Bland-Allison Act and the 1890 Sherman Silver Purchase Act. The same Acts made it mandatory to turn the silver into silver dollars. In fact, the Morgan dollar had been invented specifically to mint these mandatory silver dollars.

This mintage is infamous for bad and weak strikes. Even though nearly all of the mintage is believed to have been melted down (an estimated 2.5 million of the 2.7 million mintage), the coin is not hard to find in circulated grades. Most of the Mint State coins show damage from careless storage. Along with the indifferent quality of the strike, one gets the impression that Mint employees were just glad that they'd never have to make another Morgan dollar. (That ended up not being exactly true. 17 years later, in 1921, one last mintage of Morgan dollars was ordered.)